Since the Ararinha-Azul was extinguished from nature, the Ministry of the Environment (MMA) and the Chico Mendes Institute for Biodiversity Conservation (ICMBio) have devised strategies to reintroduce the bird in the northeastern caatinga. The main one is the National Action Plan (PAN) for the Conservation of the Macaw, whose first phase lasted from 2012 to 2017 and involved agents from several countries in captive breeding.

In the first six years of the operation, the main objective was to increase the small population in captivity. When the PAN Macaw was published, there were just over 70 individuals of the species worldwide. The change of scenery only happened in 2013, when one of the partners, the Wildlife Preservation Institution Al Wabra, from Qatar, was successful in artificial reproduction.

“If before we couldn’t get more than ten animals a year, we reached 26 with Al Wabra”, explains veterinarian Camile Lugarini. In this way, the program gained speed. And in 2017, with 150 animals already in captivity, the second step could be taken, which is precisely the reintroduction of the species into nature.

In addition to the program carried out in captivity, the PAN Ararinha-azul promoted the creation of Conservation Units (UCs) where the release of birds in Curaçá will occur. The UCs are managed by ICMBio, ensuring greater protection for these birds, enabling the continuity of work and assisting in environmental education and support for tourism and socioeconomic development in the region.

“The presence of the Macaw will help to increase local tourism, which is already strong, and give strength to the preservation of the biome”, highlights Lugarini. 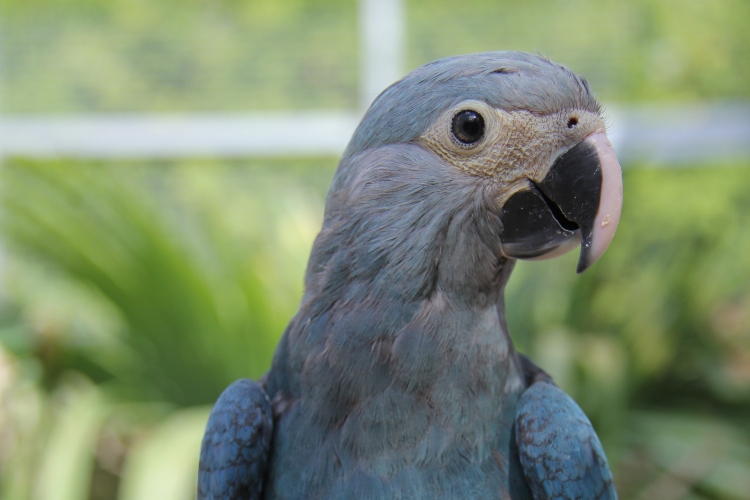