The caatinga of the border between Bahia and Pernambuco, in a hot and arid point, was determined as the home of the macaws after observing the last three wild individuals that inhabited the area of ​​the Barra Grande / Melancia streams. Other regions, such as Riacho da Vargem, Riacho Macureré, the bank of the São Francisco River in drought and Riacho da Brígida, also showed traces of occupation and are also recognized as habitat areas.

The reproduction process of the species could never be studied in detail. The only reports were provided by local residents and even bird traffickers. “The species has its own characteristic, that it is not abundant. There were never very large groups ”, explains Ugo Vercillo. “The species has always been restricted to the region with Caribbean trees from the riparian forest, where they made their nests, but reproduction in nature has not been observed by specialists.”

The breeding season of macaws, which coincides with that of maracanãs, in the area of ​​the streams Barra Grande-Melancia depended on the beginning of the rainy season, between November and March. Nests were made in tree cavities – caraibeira, muquém and mulungu – with two or three eggs. Of these, only one or two individuals reached adulthood. The oldest known birds are a male, who lived for 30 years in a zoo in Naples (Italy), and a female, in São Paulo, who reached 32 years old. 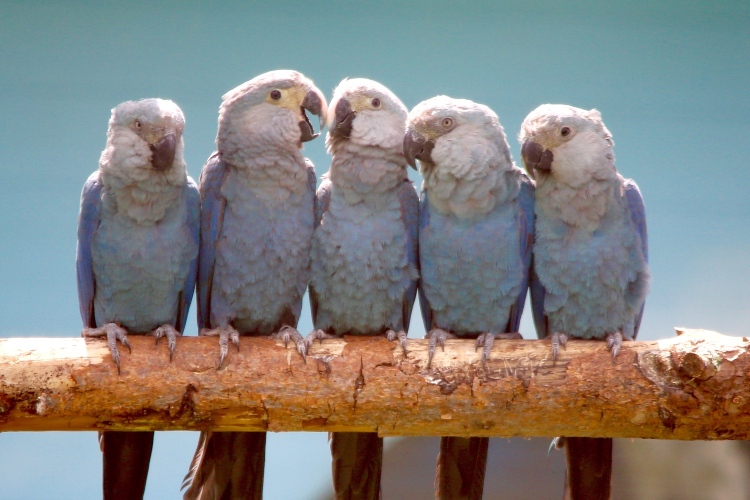